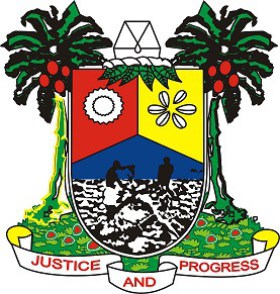 The Lagos State government has reiterated its commitment to deal with land grabbers, popularly known in local parlance as “Omo Onile”, causing havoc and unrest in different part of the State by disposing legitimate land owners of their properties.

Speaking today at the Y2016 Ministerial Press Briefing of the Lagos State Government in commemoration of the first year in office of Governor Akinwunmi Ambode at the Bagauda Kaltho Press Centre, Alausa, the state Attorney-General and Commissioner for Justice, Mr. Adeniji Kazeem said the Government has set up a task force on the prohibition of land grabbers.

He said the state would no longer tolerate the illegal activities of land grabbers, as anyone caught disturbing public peace or illegally dispossessing people of their properties would be prosecuted in accordance with relevant laws.

The Attorney-General noted that the need to protect investors and maintain Law and Order led to the setting up of the committee which by implication will encourage the verification of legal claims through litigation rather than resorting to violence.

Kazeem restated that the current policy of the present administration is to give Lagosians greater access to justice while reforming and improving the sector, stressing that the Ministry has successfully collaborated with the State House of Assembly in amending existing laws and enacting new ones.

The Commissioner identified the enactment of the N25billion Employment Trust Fund Law of 2016, as one of the new laws meant to provide financial support in the form of grants or loans to residents or organizations, and for job and wealth creation with a view to tackling the challenges of unemployment in the state.

He also listed the establishment of Mobile Courts, Access to Justice, Fight Against Domestic and Sexual Violence, and the use of Technology for quick and rapid dispensation of Justice as well as the online sale of ‘Laws of Lagos State’ as indicative of the people oriented theme of the Governor’s agenda.

The State Attorney-General and Commissioner for Justice emphasized that the Ambode led administration will not relent in its efforts until justice, security and good government is enthroned in the state.
Omo onile Real Estate News