How Blockchain Will Disrupt Google, Apple, Amazon, and Facebook 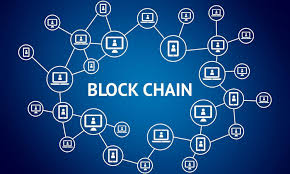 In the eyes of “experts,” when it comes to blockchain, there is often no middle ground — it will either be boom or bust, nothing in between.
I for one have become a big proponent of blockchain technology, especially the crypto-economics used to jumpstart powerful network effects.

But with so many opinions and noise floating around, I thought it would be beneficial to take a deep dive into the ramifications of blockchain technology as it relates to today’s top tech companies.
Will blockchain based alternatives unseat Google, Amazon, Facebook, and Apple? After in-depth research into the business models, here is what I found…

A quick explanation
For those new to the space, blockchains are immutable (unchangeable), often trustless ledgers — creating digital scarcity and the possibility for much more.
Due to their decentralized nature (run by a community vs a single entity) and their economic incentive models (tokens), they potentially represent a major threat to the status quo — at least that is what enthusiasts would have us believe (more on this later in this article).

Basically, this means that anything that was once done/stored on paper can now be accomplished and recorded on the blockchain, creating an infinite and unchangeable “paper” trail of ownership records, programmable contracts, financial information, personal data and much more.
And at least in theory, it would be owned by the users — something unheard of today.