The need for proving utility value before listing on exchanges.
The decline of the cryptocurrency market from a market value of $800 billion to $100 billion demonstrates clearly that listing a cryptocurrency for trading without achieving a solid foundation for success will result in ultimate failure. There are about 800 failed digital crypto tokens in 2018 that have either been abandoned by their founders, were a scam, and/or their website is dead. There are more than 50 exchanges that have either shut down or have suffered serious operational
problems.
The cryptocurrency market has evolved and matured in such a way that more than ever only those genuine cryptocurrencies that can provide a sustainable utility will have a chance to become significant players in this new market.Thus returning high return on investment for coin holders.
During the height of the cryptocurrency craze exchanges provided the perfect platform for ICO’s that had no long term plan other than to list their coin on exchanges and exit. Many people made money and many lost and ultimately those cryptocurrencies that banked on pure speculation simply disappeared as soon as the market hype dissipated.
The days of speculative cryptocurrency buying on exchanges are over and any cryptocurrency that thinks to list without having a sustainable utility will simply lose its value and join the ranks of dead coins.
Even tokens that had good business plans who rushed to list on exchanges ended up failing. The evidence is clear, coinmarketcap.com demonstrates this point well as all of those coins who listed in 2018 lost at least 90% of their value.

Why mCoin qualifies as a genuine utility token?
The mCoin team has been working tirelessly on creating sustainable utility rather than wasting resources and risking failure by listing too early....
To read more Click here 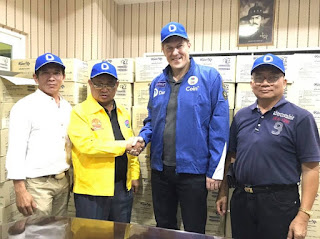 DasCoin is moving forward faster than ever and our ecosystem and services will shine over the next few months.
A well written letter from Das CEO to the community. Dear Das Community,

First of all, I am very happy that so many of you have come forward with so much helpful information. I sincerely appreciate that this community has so many dedicated, devoted people who are so strongly behind DasCoin and provide me with such wonderful support.

Right now, DasCoin is the most undervalued cryptocurrency in the world. I will prove that this is a fact – rather than an opinion – in a series of messages I’ll be releasing over the course of this month. As part of these messages, I will share information that will likely lead to a correction in the value of DasCoin.

So in preparation for what’s coming, I need each of you to conduct an important evaluation of yourself, and then take action!  The month of March is your moment of truth. I am asking that you determine your personal level of commitment to…
Read more