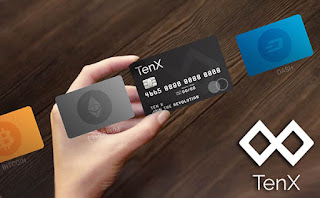 ​TenX, the cryptocurrency and bitcoin debit card service provider which raised more than $80 million in its token sale, has received more than 10,000 orders for its debit card.  The Singaporean startup aims to provide an easier way for casual users to spend bitcoin and other cryptocurrencies.

Essentially, TenX is trying to accomplish the same task, with a slightly different vision. TenX has integrated various cryptocurrencies apart from bitcoin and allows users to select with cryptocurrencies to pay with using its mobile application. By easing the process of spending cryptocurrencies, TenX aims to increase liquidity for beginner and casual users.

In an interview with Bloomberg, Mati Greenspan, a Tel Aviv, Israel-based analyst at eToro, stated:

“It’s an incredible concept. At the end of the day, it’s going to depend a lot on customer relations. Are they me.”

What About the ICO Bubble?

Hence, prior to conducting its token sale of initial coin offering (ICO), it had to prove the value of its app and its company to accredited investors, legitimizing its project.

At the moment, the vast majority of investors within the cryptocurrency marketare investing in crypto assets as an investment. Whether they are short or long-term investors is of less importance. A small portion of investors are utilizing cryptocurrencies as currencies but as speculative assets.

By allowing users to operate wallets and spend them at conventional locations such as stores, restaurants, bars and any merchant that accepts credit cards, and even cash out cryptocurrencies at ATMs, TenX enables investors to both hold cryptocurrencies as an investment and utilize them as actual currencies.

“You’re mixing two worlds that are night and day. When the user spends the cryptocurrency, we have to instantly switch these currencies to fiat and pay to Visa straight away. It’s a lot of pathways. One thing we want to offer in the end, is that you can switch cryptocurrencies within the app. “If we do this, we can become the market maker, which can bring in a lot of revenue,” said Julian Hosp,the co-founder of TenX.

By the end of 2017, TenX aims to support 11 cryptocurrencies including Ethereum, Dash and Ethereum Classic