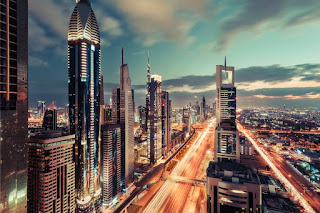 The government of Dubai has revealed details of its own blockchain-based cryptocurrency, called emCash.

In major news coming out of the UAE, the government of the city of Dubai will develop and implement emCash, an encrypted blockchain-powered digital currency that will enable citizens to pay for government and non-government services alike.

The digital currency will be developed with a partnership between Emcredit, a subsidiary of Dubai Economy and UK-based blockchain startup Object Tech. Dubai Economy is the government body responsible to plan and implement the economic agenda of the emirate of Dubai.

An announcement adds that the digital currency will be based on blockchain technology that will see UAE residents use the digital currency via an emPay wallet app on their smartphones. The blockchain deployed ‘allows for shared ledgers so that control over payments is not limited to any single member in the emPay ecosystem and transactions are recorded instantaneously,” explained Emcredit Ltd CEO Muna Al Qassab.

‘emPay allows UAE residents to make varied payments, from their daily coffee and children’s school fee to utility charges and money transfers, through the near field communication (NFC) option in their phones,’ Dubai Economy explained.

‘With emCash, emPay users will have the option of a secure digital currency, and merchants receive such payments in real time without going through intermediaries’

A digital currency has varied advantages – faster processing, improved delivery time, less complexity and cost, to name a few. It will change the way people live and do business in Dubai, and mark a giant leap for the city in harnessing game-changing innovations to improve ease of business and quality of life.

Dubai Goes Big on Blockchain
The government of Dubai has already partnered UK-based Object Tech for the notable endeavor of developing digital passports for travelers visiting Dubai, using blockchain technology. The wider remit by the government sees a number of similar efforts taking shape for Dubai to become the world’s first blockchain city. Indeed, the government’s ‘Blockchain Strategy’ initiative will see, among other efforts, the transfer of all government documents onto a blockchain by the year 2020.
Earlier this year, the Smart Dubai Office – a government-backed initiative led by the Crown Prince of Dubai – partnered a FInTech firm toward the development of a citywide blockchain payments system.

This particular effort will see all of the existing 38 partner government entities, financial institutions and other city departments connected over a blockchain payments platform.