DAY OF BLISS IN IKORODU 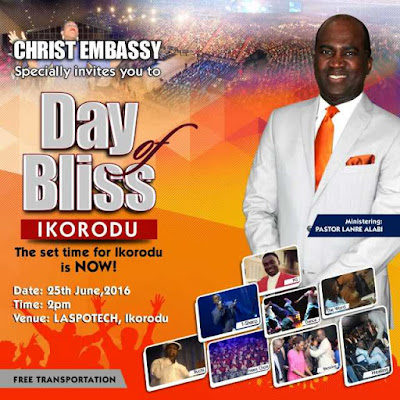 After the Worship and Communion Service at O2 Arena in the UK with Pastor Chris, there are several other meetings that the Holy Spirit would be present. Now, there is a Sport Arena in Ikorodu City along Ikorodu-Sagamu Road by First Gate which is called LASPOTECH. In Ikorodu with its numerous towns and villages, lay a great multitude of sick people, blind, lame, and financially paralysed folks, waiting for the moving of the water. For a Minister of God is sent to LASPOTECH on June 25th at 2pm to stir up the water; then whoever steps in first, after the stirring of the water, will be made well of whatever disease he has.

Bros, If you have been in a certain unimaginable condition for too long and rather than arguing and complaining, my question to you would be  'Do YOU want to be made whole and rewrite the course of your life?' 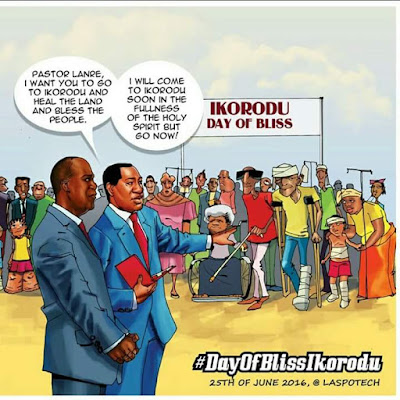 If Yes, then make sure you step into the Arena first.