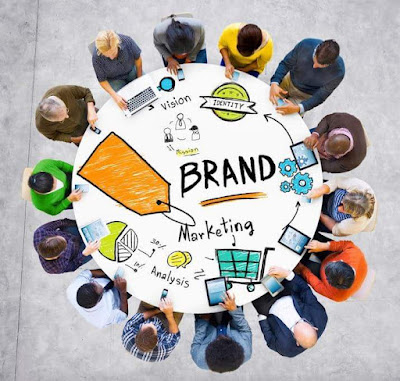 When I launched my first business in 1996, I didn’t really know that much about marketing. As I mentioned in my first post in this series, I first learnt to "sell" when I was only eight years old. Remember my story about selling sweets to my school friends? People bought from me because they knew me and, of course, I was selling something I knew that they wanted!

It’s possible to run a very successful business short-term, even if you don’t know anything about marketing. You can sell, sell, and sell. But if you want to run a really profitable business, you must understand the importance of marketing, which involves many steps.


Confused? It only means I have gained your attention. Now let's talk!

# Sales and marketing are not the same thing, but they go hand in hand.

# Advertising and marketing are not the same thing. Advertising is simply one of the tools we use in marketing.

# It's important to develop a brand.  In the end, the most valuable part of your business must be its brand. Branding is what I want to talk to you about today.

A brand is not just a cool logo. It’s a kind of promise, an identity, a vision, even a mission that goes beyond the product or service to be sold. Think of the message communicated by Nike’s “Just do it.” No mention of sports gear at all! What do you think they mean by “Just do it”?

The Nike “Swoosh” is one of the world’s most iconic logos. Designed in 1971, the creator was a young graphic design student in Oregon, in the USA.  An accounting teacher at her school had heard she needed some extra money for oil painting lessons, and asked her if she wanted to help design a logo “that showed movement and speed and would look good on a shoe.” He and another guy were planning to start a company. He told the her the design mustn't look too much like the main competitor’s logo, (Adidas’ stripes).

“What else you got?” was the response of Nike’s co-founder (the accounting teacher) when she presented him the Swoosh design. He was not very impressed.

So she designed a few more ideas, but he chose the initial design saying, “Well, I don't love it, but maybe it will grow on me.”  At the time, she was paid only a whopping $35 ($2/hour) for her work.

45 years later, the Swoosh is still around, nearly unchanged. The company is now worth billions, employing tens of thousands of people globally.

__But it’s not the “Swoosh” visual symbol alone that’s important! Or the Apple logo.  Branding goes beyond the graphic image.

Although admirable in simplicity, and amongst the most powerful brands on earth, if Nike or Apple made bad shoes or computers, it wouldn’t matter how memorable their logos. A brand has to do with perceived values, and building trust.

Bringing a brand like Disney’s to life over the years is not easy. It means continually listening, to understand what your customers really care about.  It means consistent delivery of value and quality, true to the brand you’ve created.  It means keeping your promises as a person and a company.

How do people learn about your brand? I’ll talk more about other aspects of marketing in my next post.