By Morrison - January 29, 2016
An exclusive interview @ifesinachisblog with  Temidayo Enitan.The above pictures are behind the scene photos from the Movie Mr Banji…coming soon…

His a young man with great talent his an actor and a movie maker and this movie Mr Banji will be breaking the box office..I guess your trying to see if his name rings a bell but Rome wasn’t built in a day.

Lets meet you sir tell us about your self??

My name is Temidayo Enitan, I am from Ondo state and the last born from a family of four. I am married to a lovely wife and blessed with a son. 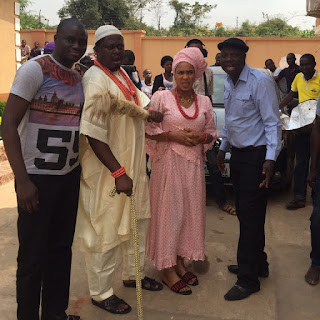 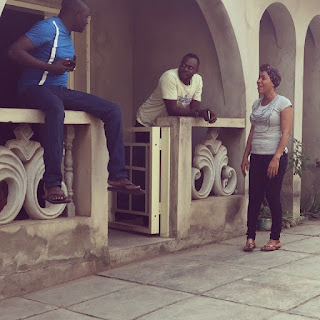 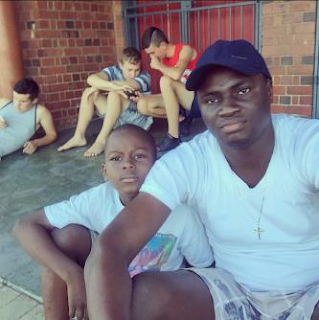 Where did you study??

I am the MD/CEO of Wisdom Wise Ltd and Rebirth Empire Entertainment Ltd and have been around the world.

I have had passion for acting ever since I was young. I also have an Uncle who is into acting Mr Bolaji Amusan (Mr Latin)  He likes me so much and he encouraged me a lot in acting and i have also featured in some of his movies like Double Double, Bata Wahala, Oko Afoju produced by Mr Latin

Who have you worked with in the movie industry ever since you started acting??

I have worked with Muyiwa Ademola Authentic who is like an uncle and mentor to me too and he advise me a lot. I had featured in a movie he directed: Iya Oyo Olosan – directed by Muyiwa Ademola Authentic. I have also worked with Adebimpe Omotodun (Wasila Code) who is like a close sister to me and also featured in her new movie titled: Yesterday featuring Ibrahim Chatta, Tom-Dollar etc.

Mr Latin who is my Uncle also helped me during my first film production which featured some big fish in the industry like Odunlade Adekola, Mr Latin, Faithia Balogun, Olaiya Igwe, Sefiu Alao, Opebe etc.

You produced your current movie Mr Banji all by yourself? ?

Yes I am the Producer and also the Executive Producer. It’s coordinated by my Uncle Mr Latin and will be marketed by Toymax Films Holdings. The name of the movie is Mr Banji and everybody should watch out for it soon.