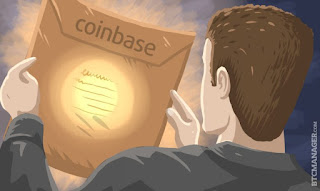 On January 18, the New York Department of Financial Services (NYDFS) officially granted Coinbase with the BitLicense, a frequently criticized regulatory framework designed for Bitcoin due to its impractical requirements and policies.

Only two companies have obtained the BitLicense to this date since its introduction in August 2015. Although nine companies including Xapo, Bittrex, and Bitstamp applied for the license to operate in New York, it has only been granted to Circle and Ripple. Coinbase is
the third company to receive permission from the NYDFS to function in the state of New York legally.

Juan Suarez of the Coinbase Legal team said that the company prioritized the process of acquiring the BitLicense to remain on par with national regulations on Bitcoin and cryptocurrencies in general. Suarez reaffirmed the vision of Coinbase, that is to operate the most secure and compliant bitcoin exchange globally.

“The Bitlicense, which authorizes Coinbase’s continuing virtual currency business operations in the state of New York, is an important validation of our highest priority: to operate the most secure and compliant digital currency exchange in the world,” said Suarez.

The announcement from the Coinbase legal team came only four days after the release of Coinbase CEO Brian Armstrong’s blog post discussing the company’s legal conflicts with the Internal Revenue Service (IRS). Armstrong described the efforts of the IRS to unjustly punish Coinbase as an unfair consequence for a company that has allocated a significant amount of resources and capital in remaining compliant with local regulations.

Armstrong further emphasized that Coinbase is one of the very few bitcoin exchanges that is compliant with virtually every region within the US, regardless of the inefficiency or impracticality of regulatory frameworks in some areas or states.