5 Reasons to Lease on Waves Platform and What is Next 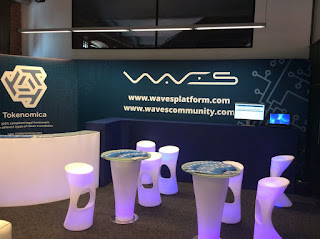 Leased Proof-of-Stake (LPoS) refers to an additional feature on top of the vanilla Proof-of-Stake (PoS) protocol. Vanilla PoS allows users to generate blocks just by keeping their node online. In order to encourage users to operate a node on the network, the transaction fees are rewarded to the block generators. LPoS allows users, those who otherwise would not participate in the process of generating blocks, to put their idle generating balances to use by leasing to credited node operators. Waves Platform has now had LPoS running successfully for some time now and it has proven a big hit with just under 50% of all network mining power being leased to date. Here are 5 reasons why leasing is the best decision you can make for now.

One of the most common questions asked about leasing is, is it safe? Leasing is safe as the coins
never actually leave your wallet. The misunderstanding behind this comes from the fact that in the real world, something of value needs to be loaned out in order for the receiver to use it. Leasing is not like a loan. In fact, node operators can use your mining power to generate blocks without the user even having to send their WAVES at all. Due to the decentralised nature of PoS, it is possible. Furthermore, if the users want to discontinue leasing, they can stop the process at a click of a button and just wait for the cancel lease transaction to go through. The only thing to consider when leasing is choosing the right node operator, as operators may not pay rewards to leasers or the node may have downtime. Nevertheless, your coins can never be stolen.

There Is No Minimum Balance Required In Order

To Run a Node

Operators don`t need to put down a lot of capital to be able to operate a node. The balance of the node can be empty and when there are enough people wishing to lease to it, reaching together the generating balance of 10,000 Waves and enabling at the same time block generation, they create together a pool at cost of leasing transactions fees which is as low as 0.001 WAVES.

For helping out the network with generating blocks, leasers receive rewards from transaction fees associated with the generated blocks. It is for this reason that leasing becomes very enticing, for what this means is that the more transactions that are made on the network, the more rewards leasers get. These rewards mostly come in the form of WAVES but also can come in the form of different tokens with the unique Waves feature where different tokens can be accepted as a fee. Also, the Waves team created the Miners Reward Token(MRT) which is an additional reward to the miners and leasers. As it currently stands, Waves is doing a consistent 10,000 transactions a day. This in itself is quite remarkable, however, there is a reason to believe that this will increase tenfold in the near future. The first is the new updated GUI for the Waves DEX which is backed by tons of new network developments and is to bring a new, better product. The second is the rise of ICO projects on the Waves blockchain; for the more projects on the Waves platform, the more pairings, hence, more transactions. Lastly, in recent news, Waves have just partnered with the National Settlement Depository, the central depository of the Moscow stock exchange. According to the Waves blog,

“From a technical point of view, the platform will be a set of services and a tool to connect digital assets and a payment system that operates with fiat currencies. Also included in the plans of the project is a platform to keep records of digital assets (on the basis of certification of token possession) and settlements on them, as well as to store private crypto-currency keys and carry out identification of owners of crypto-currency wallets.”

This news is music to leasers ears because it means more transactions. Finally, while leasing your WAVES, you will still be able to receive tokens that are “airdropped” to WAVES owners (eg. Waves Community Token) because your WAVES never leave your wallet.

There Are Many Nodes Operators To Choose From

For node operators, it is in their best interest to have you leasing to them. However, there are multiple node operators competing with each other to get your WAVES. This is a health state of affairs because all the node operators must offer you more and more incentives to lease with them. The pioneer of this approach is WavesGo, the leading node operator which currently shares 35% of the leasing market. According to hawky, WavesGo co-founder,

“Besides the usual 100% Waves and 50% MRT, we also pay 100k WGO to leasers weekly. In sum, this seems to be the best deal currently. Additionally, our node is overperforming and providing the best revenue.”

Furthermore, the WGO asset, a creation of WavesGo, additionally distributes 20% of MRT and will distribute on a monthly basis a proportion of its profits from WavesGo partners. For a list of node operators with their websites and with information on what they offer.

It Is Good For The Environment

Proof-of-Work (PoW) mining is costly to the environment because it creates a substantial carbon footprint. According to Coindesk, in 2016, one Bitcoin used up 240kWh of energy according to one Bitcoin miner. For those who are environmentally conscious, it’s important to invest in technology which will leave a small effect on the world. PoS in comparison leaves a significantly smaller carbon footprint over its PoW counterpart. Instead of buying mining equipment, which is expensive and difficult to operate, just buy WAVES and lease! It is so much easier, environmentally friendly and you don’t need to leave your computer on for the node operator you lease to does that for you.

To lease it is as easy as one, two, three. We recommend you watch the following 2 minute tutorial.