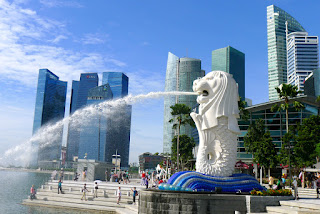 In continuing its foray into Asia, blockchain payments fintech Ripple has announced the launch of a new office in Singapore.
San Francisco-based blockchain startup Ripple has opened shop in Singapore, one of the world’s leading trade and financial hubs. Ripple’s latest footprint in Asia comes within weeks after the launch of its office in India, the world’s largest remittance receiver.

As a venture-backed FinTech startup, Ripple has long stuck to its goal of connecting
global banks on a blockchain to enable near-instant and inexpensive remittance. Picking Singapore for a base is a noteworthy move for Ripple as it moves into a country that is commonly seen as the gateway into Asia for both trade and travelers. Singapore sees some $550 billion in trade flowing through the country annually, a number that is projected to grow significantly in the coming years.

Ripple Asia Pacific managing director Dilip Rao added:
Singapore is leading the charge when it comes to streamlining money exchange, remittance and payments systems…Our new office can support this ambition and equally brings us closer to our customer base across the Asia-Pacific region, enabling banks, payment providers and corporates to make instant payments into-and-out of the country using blockchain.

Singapore is already seen as one of the world’s leading FinTech hubs due to favorable regulations and a long-established technology-forward agenda synonymous with its tech-friendly society. Earlier this year, the Monetary Authority of Singapore – the country’s central bank – issued digital tokens of the Singaporean dollar on a private Ethereum blockchain. The MAS’ endeavor is among the earliest-known efforts of a central bank to develop and issue a digital currency.
In May this year, the country’s electricity and gas provider began embarking on a project to develop commercial blockchain solutions, citing the decentralized technology’s potential to “transform” the energy sector.

“As a leading trade and fintech hub, Singapore offers Ripple leverage in the region as we expand our global footprint,” Rao added.