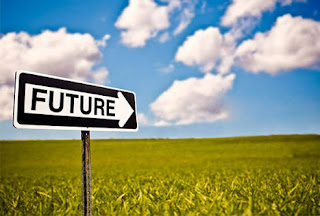 SIX of the world’s biggest   banks have joined a project to create a new form of digital cash that they hope to launch next year for clearing and settling financial transactions over blockchain, the technology underpinning bitcoin. Barclays, Credit Suisse, Canadian Imperial Bank of Commerce, HSBC, MUFG and State Street have teamed up to work on the “utility settlement coin” which was created by Switzerland’s UBS to make financial markets more efficient.

The move comes as the project shifts into a new phase of development, in which its members aim to deepen discussions with central banks and to work on tightening up its
data privacy and cyber security protections.

Hyder Jaffrey, head of strategic investment and fintech innovation at UBS, said: “We have been in discussions with central banks and regulators and we will continue that over the next 12 months with the aim of a limited ‘go live’ at the back end of 2018.” Blockchain technology is a complex set of algorithms that allows so-called cryptocurrencies — including bitcoin — to be traded and verified electronically over a network of computers without a central ledger.

Having initially been skeptical about it because of worries over fraud, banks are now exploring how they can exploit the technology to speed up back-office settlement systems and free billions in capital tied up supporting trades on global markets. “The distributed ledger is one of the most innovative technologies out there,” said Lee Braine from the chief technology office of Barclays’ investment bank. “From reducing risk to improving capital efficiency in financial markets we see several benefits of this project.”

The utility settlement coin, based on a product developed by Clearmatics Technologies, aims to let financial groups pay each other or to buy securities, such as bonds and equities, without waiting for traditional money transfers to be completed. Instead they would use digital coins that are directly convertible into cash at central banks, cutting the time, cost and capital required in post-trade settlement and clearing.
The coins, each convertible into different currencies, would be stored using blockchain, or distributed ledger technology, allowing them to be swapped quickly for the financial securities being traded. Existing members of the project are Deutsche Bank, Banco Santander, BNY Mellon and NEX.