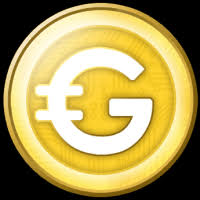 One reason is that GOLDCOIN’s network performs better than that of almost all others in the industry.

We asked GOLDCOIN’s renowned developer Amir Eslampanah to explain why.

“We’re faster, more consistent and more secure,” Eslampanah says.
One block every two minutes
For example, a measure related to the speed at which the blockchain operates is higher on GOLDCOIN (GLD) than on that of other cryptocurrencies.

“GLD has one block every 2 minutes almost on the dot(with some slight variance), thanks to its proprietary Golden River difficulty algorithm,” Eslampanah says.
Then, GOLDCOIN (GLD) has more than 10 times the transaction capacity of Bitcoin, Eslampanah points out.

GOLDCOIN (GLD) is already using 2 MB blocks, larger than those used by Bitcoin.
“Combine that with the fact that we have a target time for blocks that’s five times faster than Bitcoin, and the fact that Bitcoin’s block times are erratic because of the poor difficulty algorithm and we will do much better in practice than even ten times BTC’s throughput,” Eslampanah insists.

“And there is no loss of transaction/block coupling that comes with Segregated Witness – a signature verification technique that Bitcoin uses. GOLDCOIN (GLD) is against Segregated Witness and lightning networks, and so our security is better,” he adds.

“GOLDCOIN (GLD) will always aim to be true to the original protocol described by Satoshi Nakamoto in his whitepaper, while others experiment with outlandish and potentially dangerous protocols at the risk of their users.

GOLDCOIN (GLD) aims at improving the user-experience while maintaining the highest level of security for its holders. It is a user-first currency, as the miners are always secondary (albeit much appreciated).

It’s about the decentralized consensus of users and what they want most from the currency. We will not go the route of Bitcoin being held captive by large mining pools instead of doing what’s best for our users. If you try today to transfer any amount of BTC without a substantial fee it can take 40 minutes to literally hours for the currency to confirm once in your wallet, while with GLD, it’s a few minutes at most.”
Eslampanah warns that others in the industry are taking too many risks.
“BTC is not a currency in its current state, it’s an experiment held hostage by various interests and none of the primary interests of BTC seem to be related to their users. The alt-coin scene isn’t much better, with new, unproven, potentially dangerous technologies clouding the marketplace, hardforks and code changes being handed out to live users like candy. Investors have let their desire for new innovation cloud their sense of good judgement, these are people’s life savings that they are gambling with.”

GOLDCOIN (GLD) is about reliability and security
“Goldcoin isn’t about gambling,” Eslampanah continues. “It’s isn’t about the NEXT new thing, it’s about creating an alternative to government-controlled fiat currency, one that is reliable, secure, and that people can depend on. That’s the new digital gold,” he concludes