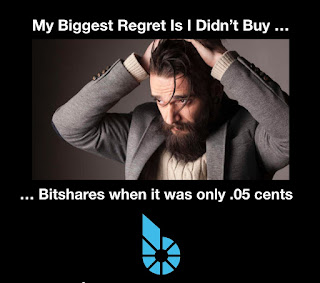 But what does this DAC do? It offers a service. The service is matching willing buyers and sellers of financial instruments and assets.

These BitAssets can be sent from one person to another just like Bitcoin. This allows for some really interesting possibilities that we will explore together in this series.

One of Bitcoin's biggest drawbacks is its volatility. For the mainstream business, Bitcoin is generally received and then immediately sold into a more stable store of value. Generally trading into their local fiat currency.

So what if we could have all of the benefits of the Bitcoin payment network, plus the price stability of things like gold, silver, the Euro, or even the US Dollar?

One of the many things BitShares has achieved, is that cryptocurrency just like Bitcoin, but with the price stability of the US Dollar, the Euro, gold, silver, or whatever asset the customer desires. These cryptocurrencies with price stability, are called BitAssets. And the first to begin gaining traction is bitUSD.

As you might imagine, it [bitUSD] functions just like a cryptocurrency, but its value is pegged to the US Dollar. One bitUSD is always worth close to 1 actual US Dollar. Now it is important to mention here that the deviation between one bitUSD and 1 US Dollar is already less than 1 to 2%. Now this margin will continue to close as the market depth increases.

Making the deal even sweeter for people to buy and hold bitUSD or any other BitAsset, is the fact that while you hold it you earn interest on your balance. This is another powerful feature for everyday consumers. While Bitcoin is phenomenal for merchants, its advantages are not quite as strong for consumers.

Think of BitShares as a decentralized company and BitAssets as its products.

So what does BitShares do? BitShares is a decentralized platform that allows users to enter into financial agreements with each other.

There are lots of different uses for this but we're going to start by looking at the world of derivatives. The union of blockchain smartcontracts and cryptocurrency technology is perfect for derivative markets.

For some, derivative markets have a very negative connotation. There's nothing bad or immoral about these financial assets in principle. However, some argue that in the traditional markets, they are under-collateralized and thus dangerous. These arguments may have some merit, but fully collateralized derivative contracts do offer major advantages for businesses with little downside.

A derivative is a contract that derives its value from an underlying asset. As the price of the underlying asset moves, the value of the contract either increases or decreases. To run this $700,000,000,000 derivative market, there are [expensive, corrupt] exchanges all over the world.

Blockchain technology promises to create a fraud free environment. An Exchange where we do not have to trust bureaucrats, auditors, politicians, bankers or anyone else. An environment where all of those people are completely cut out. An environment where all we have to trust is the mathematics of the blockchain. And best of all, a decentralized exchange based on the blockchain can make all of these improvements while reducing the costs by over 99%.

BitShares is the first decentralized exchange to be released into the ether, and I don't think the world will ever be the same again.

Just as derivative contracts become highly liquid assets in traditional markets, BitShares allows users to create these same contracts on the blockchain and trade them as assets. Just as we send Bitcoin to one another now, we can also send derivative contracts. As we said earlier in the world of BitShares, we call these BitAssets.


If you're still unsure of what #Bitshares actually is, I suggest you take a closer look. You may be missing out on something big.😉✌
Find out more:
https://coincentral.com/what-is-bitshares/amp/?__twitter_impression=true

Get your free Bitshares wallet in seconds!
https://wallet.bitshares.org/?r=morrico4real