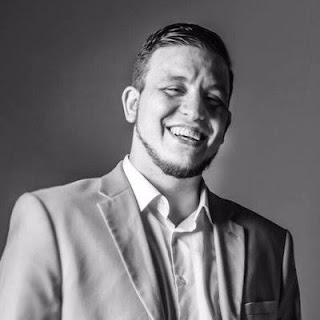 By now many know that Jared Rice Sr accepted a plea agreement with the U.S. government last week (Mar 21, 2019).  Instead of explaining Jared’s reasoning, we will explain the facts, ask questions, and let the public investigate the claims of the agreement in hopes that we can all bring reform to a government process that is draconian and inhumane at best.

STATEMENT FROM THE RICE ORGANIZATION

Background
It all began back in Jan 2016 for Jared Rice Snr after he attended a Dallas community meeting of leaders. After that meeting Jared posted; “I saw Paul Ryan’s face. I heard what he spoke about. I saw how he dressed. This man is #real. As Speaker Ryan said, we must come together to fix the poverty disease. It will take a revolution.” “With innovation, creativity & the greatest minds, we can solve these problems” Jared Rice Sr said. Fast track to 2018. Jared Rice Sr is arrested in a FBI raid having built an eco-system that could address the ‘very poverty disease’ he claimed could be overcome by a revolution. “I remember sitting there with the FBI agents that morning after the raid. Yes, the same folks who had just pointed guns in my face and red dots over my chest. I was trying to explain to them about the importance of my vision to change the world” Jared Rice Sr said.

Today March 2019
Many people will say negative things and the media will continue to publish false information related to the plea agreement while they ignore obvious facts of the case. Most notable among the facts being ignored in the mainstream press is that the government finally conceded that Jared did indeed invent AriseBank and AriseCoin per their own statement that can be found in their “factual resume” that all parties agreed to. This speaks volumes to Jared’s true intent. If he did indeed invent AriseBank and AriseCoin, where was the fraud?

Well, it’s not a secret that Arise issued a press release that stated they offered traditional banking services and that Arise had acquired an FDIC-insured bank. It is also not a secret that Jared made a down-payment in cryptocurrency for what he believed to be an FDIC-insured bank. The attempted purchase of the bank turned out to be a case of fraud perpetrated on Jared as Jared relied on his legal counsel to vet the business deal. The bank purchase press release and documents can easily be found online. Again, if Jared made a down-payment for what he believed to be a bank, what does that say about his intention in the matter? What the government considered to be fraud in this case, boiled down to Jared claiming that he had actually acquired a bank when he had not acquired the bank. While it was both factually and technically true that he had not acquired the bank, he believed that the down-payment was for a legitimate bank at the time the bank purchase press release was published and he also addressed factual errors in the original press release in a statement a few days later which can also be found online. In the aftermath of Jared clarifying that the bank had not been legally acquired via this statement, Jared offered refunds to anyone who requested them in the final days of the ICO. Why offer and issue refunds if the intent was to defraud investors?

Regardless of Jared’s correction, his refunds and his honest mistakes, his attorneys believed that the misleading statement about the bank acquisition met the legal definition of a misleading statement, and the government believed it was made on the premise of selling securities. In addition to that, Arise’s 100-page white paper included a single sentence that claimed Arise had a relationship with Marqeta and Visa, which Jared truly believed as contractual while having a relationship with Marqeta who would have provided Arise with a Visa-powered product. The Visa was included in that relationship; the government simply disagreed.

Since late November 2018, Jared has been locked away in Texas’ Kaufman county jail for his misdeeds. His legal defence funds had dried up by then and as a consequence of that he has been relying on a public defender to help him navigate these unfamiliar legal waters. While most white collared criminal defendants are offered bail, and thus set free until trial, the prosecution successfully argued at his arraignment that Jared was a flight risk despite the fact that he lacked both a drivers license or a passport leaving him largely at the mercy of his public defender since the jail does not provide access to a law library. While in jail, Jared’s life was threatened by a Mexican gang member, so in order to maintain his safety, Jared was moved into solitary confinement for 24 hours a day for a total of 60 days, and while there was offered his plea deal. He had 20 days to sit on this plea offer and was given a choice of taking a guilty plea to keep him in prison for only 5 years, or face going to trial where the government has a >97% conviction rate and look at doing anywhere from 20-120 years in jail should he lose at trial.

In the end, Jared’s legal counsel worried a Texas jury simply would not understand cryptocurrency, blockchains, or decentralization and would simply view Jared as a hacker and a person who was against the government. When in truth we all know Jared is a warrior for freedom, liberty, and the war against tyranny.

Beyond Arise
From prison Jared plans on guiding Rice Organization’s newly-hired leadership as he continues the expansion of the vision and products he has innovated the past few years like aBank, Arisen, Arisen Church, dWeb, and more. While in jail Jared has learned to code via notebook paper a nd has found a way to officially command a newly hired team of developers that are pushing forward to accomplish Rice Organization’s purpose to decentralize the world.

While in federal prison Jared is going to pursue a law degree and he continues to advise the recently formed leadership of Rice Organization while heading up a political movement to bring reform to a broken criminal justice system that has put its clamps on someone who “invented” something and fought to the very end to keep the revolution alive (let us not forget the revolution to poverty disease). Pedophiles housed in the same jail as Jared have received far better treatment. Things must change and Jared is just the person to fight for it.

Jared would like to thank the Arisen governance, his family, the AriseBank contributors, and his many advocates and friends for their continued support and their brave fight until the very end of this revolution. While some see the revolution as lost, Jared constantly reminded us that the war is already won. And in the words of Kenny Rogers: “You have to know when to hold them, and know when to fold them, know when to walk away and know when to run”, if you want to live to fight another day and pursue a revolution, one must find another way.

This is not the end; it is a new beginning and thanks to Rice Organization’s brave efforts in the coming months we will accomplish Jared’s goal of creating change and helping others. We hope all of you will join us in a movement to create change, reform, and a vision that can benefit us all and our futures in the end.
Arisebank Arisecoin Global Blockchain Technology News Jared Rice