How to Become a Zephyr Expert? 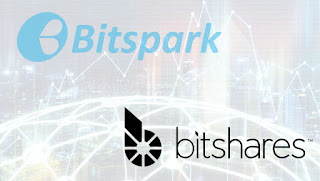 You may have heard that there’s a new coin in town. One that will redefine the global remittance industry by removing the reliance on banks and increasing financial inclusion worldwide. Of course, we’re talking about Zephyr (ZEPH). The incentive token we released during the ICO held in October 2017 where we raised $1.3 million during the 30-day sale.

If you’re considering supporting our mission to transform the outdated remittance industry, then the best way to do
that is to get some Zephyr for yourself. Let’s take a bird’s eye view and look at the impact Zephyr will have on the world, some of the token’s most important aspects and where you can buy ZEPH.

This is the quickest way to become a Zephyr expert.

Bitspark and Project Zephyr
Bitspark was founded in Hong Kong in 2012 and is a pioneer of the world’s first cash in, cash out Blockchain-enabled remittance network. As one of the earliest adopters of Bitcoin, the remittance network designed by Bitspark enabled Money Transfer Operators (MTOs) and individuals to send money quicker, cheaper and in a way that is not reliant on banks.

After years of steady growth Bitspark launched Project Zephyr – the plan to exponentially grow the network across markets, fuelled by native incentive token Zephyr. As part of this project, we also launched mobile app Sendy, where users can locate MTOs nearby or even become top up agents to other users and earn a profit.

ICO and Circulation of ZEPH
The kick-off to Project Zephyr began with an ICO in October 2017 where we raised $1.3 million. If you take a look at the latest figures on coinmarketcap.com, you’ll see that at the time of writing nearly 126 million ZEPH has been sold to date. The total supply of ZEPH is set at 2 billion, leaving 1.74bn Zephyr tokens in Bitspark reserves. We are circulating the remaining ZEPH through the incentive, reward and buy back mechanisms.