Marketers: Here’s what your Job will look like in a Blockchain World 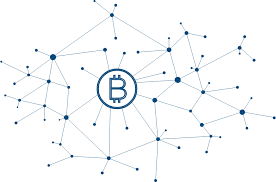 General Stanley McChrystal was responsible for the U.S. Army in Iraq and Afghanistan. In his book Team of Teams, he talks about the rude awakening he had when he saw how disadvantaged his centralized command was compared to the decentralized networks of Al-Qaeda in Iraq and Afghanistan. McChrystal quickly recognized he needed to reimagine how teams were built and empowered. He understood that innovation, insights, and awareness happen at the edges of networks, not in the center. That is why it is critically important to empower the edges of those networks with information, resources, and feedback loops.

Captain David Marquet immortalized that same lesson in his book Turn the Ship Around! He’s the source of the doctrine “Move authority to information; don’t move information to authority.”

We are witnessing the same decentralizing trend in large organizations, powered by the arrival of blockchain or distributed ledger technology (DLT). This trend is going to affect every industry and every business function in the years to come. And hundreds of thousands of blockchain-based technologies are going to emerge onto the market to fuel it.

Coinbase cofounder Fred Ehrsam suggests “There will be a Cambrian explosion of economic and governance designs where many approaches will be tried in parallel at hyper speed.” Indeed, in 2017, we saw more than 442 crypto startups get funded through token sales.

Just as the evolutionary process requires some lifeforms to fail while others succeed, the best products and platforms won’t necessarily win. What makes one product win — or survive — instead of another? In Darwinian terms, it is the ability to adapt to a changing environment. In the world of organizations, the function responsible for ensuring the ability to adapt to changing environments has a name: marketing.
Peter Drucker, the legendary management consultant, once wrote that, “Because the purpose of business is to create a customer, the business enterprise has two — and only two — basic functions: marketing and innovation.” If Drucker is right, it stands to reason that an organization’s marketing function should match and complement the innovation function. After all, it is at least as important.