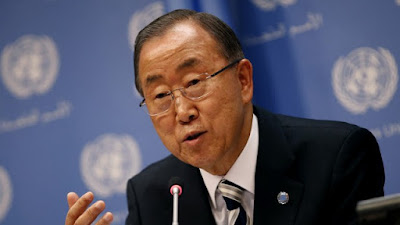 A record number of countries are expected to sign the historic climate agreement adopted last December in Paris at a signing ceremony hosted by United Nations Secretary-General Ban Ki-moon on April 22.

More than 130 countries have confirmed that they will sign the Paris Agreement on April 22, the first day that the agreement will be open for signature. This would surpass the previous record of 119 signatures for an opening day signing for an international agreement, set by the Law of the Sea in Montego Bay in 1994.  In addition, more countries have informally indicated that they will sign the agreement, with the numbers increasing rapidly each week.

Over 60 Heads of State and Government will attend the ceremony, including French President François Hollande, demonstrating the continued high level of engagement by world leaders to accept and implement the Paris Agreement.

The signing ceremony will mark the first step toward ensuring that the Paris Agreement enters into force as early as possible.  The agreement will enter into force 30 days after at least 55 countries, accounting for 55 per cent of global greenhouse gas emissions, deposit their instruments of ratification or acceptance with the Secretary-General.

A number of countries have also indicated that they will deposit their instruments of ratification immediately after signing the agreement on 22 April 22.

The April 22 signing ceremony will also bring together leaders from civil society and the private sector to discuss efforts to boost financing for climate action and sustainable development, and to increase actions that would achieve the Paris Agreement’s goal of limiting average global temperature rise to well below 2 degrees Celsius.

“Paris was historic,” the Secretary-General said.  “But it’s only the beginning.  We must urgently accelerate our efforts to tackle climate change.  I encourage all countries to sign the Paris Agreement on April 22 so we can turn aspirations into action. ”

The governments will sign the new Paris Climate Change Agreement en route to it coming into force as millions of people around the globe mark annual Earth Day, or International Mother Earth Day.

Earth Day’s theme this year is focused on trees with the aim of mobilizing nearly eight billion plantings, or one for every man, woman and child alive by 2020—together we can maybe do it sooner!

The link between the Paris Agreement and trees is clear—forests will be key allies for combating climate change and meeting the long term goal of restoring the ecological balance of planet Earth by the second half of the century.

UNFCCC Executive Secretary, Christiana Figueres said: “Planting, hugging or sketching a tree to mark the signing of the Paris Agreement and to celebrate Earth Day is an expression of solidarity, love and hope”.
“The Paris Agreement, if fully implemented, offers a prospect of a far better world for billions of people. Conserving, restoring and extending the Earth’s natural or nature-based infrastructure including forests will be a big part of its long term success and long term goal,” she added.

Ms. Figueres, who will be in New York for the Paris Agreement signing, launched the campaign by hugging a Poro tree in her native Costa Rica.

“Trees and forests are the most vital weapon we have against climate change. We must reduce the amount of carbon we pump into the air each and every day, but forests are the natural filter that will absorb and cleanse our air of the carbon already present. In order for the Paris climate Agreement to work as intended, individuals and nations need to get planting and help us in our effort to get 7.8 billion trees in the ground by Earth Day 2020.

“Without these natural carbon sinks allied to cleaner energy, smarter ways of doing business and a clear commitment to solve the difficulties of the poor, the Agreement risks becoming so much hot air,” according to Kathleen Rogers, President of the Earth Day Network.