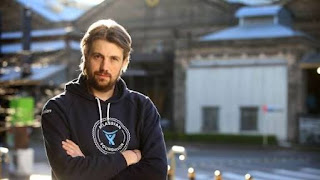 Mike Cannon-Brookes has revealed that he has invested in Bitcoin, confirming on social media that his bet on the digital currency has worked out well.

Sydney-based billionaire Cannon-Brookes, who is the co-founder and co-CEO of software firm Atlassian, made his announcement on Twitter at the end of April, comparing his bet similar to that of horse racing rather than an investment.

His announcement comes a week after billionaire investor Mike Novogratz revealed that he is holding ten percent of his net worth in digital currencies such as Bitcoin and Ether. Unlike Cannon-Brookes, though, Novogratz considers his an investment. However, while Novogratz indicated how much he had put into the digital currency space and considered it as the ‘best investment of his life,’ Cannon-Brookes failed to reveal how much he had put in.

In a report from The Sydney Morning Herald, Cannon-Brookes business partner Scott Farquhar was also making headlines, but for a different reason. According to the report, he had purchased one of Australia’s most expensive homes, the $70 million Point Piper estate Elaine.

Yet, as the report states, the property bubble that Farquhar has brought into is more likely to be more resilient than the Bitcoin bubble. However, if Cannon-Brookes had put $10,000 into Bitcoin in 2010, he could buy two of Elaine estates.

It’s believed that Cannon-Brookes has a number of public bets in the cryptocurrency space through tech investor Blackbird Ventures and bank disrupter Tyro.

Whether he has put money into other digital currencies is not known, but considering Ethereum is steadily increasing its market cap value and the price of Ether, now seems a good time to put money aside in that too.

These are just two billionaires that have revealed they have put money into the digital currency space, but it’s likely that there will be more who have made the move.

With Bitcoin reaching an all-time high recently of over $1,400, it seems that for those who invested early, now is the time for them to reap the rewards.

How long it will last remains to be seen, but for those who invested in 2010, they will be sitting on a tidy profit that could increase further.