How Ripple is Targeting an Entirely Different Market to Bitcoin 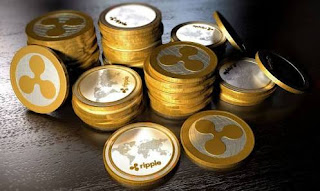 Bitcoin was introduced in 2009 as an alternative network to the global financial system monopolized by centralized institutions and strictly regulated financial service providers. By providing a peer to peer protocol wherein users can send and receive transactions with the absence of intermediaries, Bitcoin essentially became the first decentralized financial platform.

Replicating or being inspired by Bitcoin’s structure, alternative cryptocurrencies or altcoins emerged. One of the most successful cryptocurrencies that has maintained its market cap and client base over a relatively long period of time is Ripple. It consistently has ranked in the top three altcoin, falling behind Bitcoin and Ethereum. Ripple’s vision was to provide a more efficient infrastructure for the centralized institutions and the conventional finance industry.

Ripple is significantly different to Bitcoin philosophically and structurally. If bitcoin is described as a decentralized peer to peer network developed to operate as an alternative financial network to that of the existing global financial system, Ripple can be explained as a protocol structured to serve and enhance the existing global financial system. It has partnered with leading banks and major financial institutions to settle cross-border and cross-bank transactions transparently, with strong security measures in real time.

The current global financial system operates on top of an outdated and inefficient IT infrastructure and system. For a transaction to become fully verified and settled, it could take days to weeks with a substantial fee, usually in the range of $30 to $50 per transaction. Often times, transactions initiated by banks through an international financial network such as SWIFT get lost within the system, requiring manual confirmation and a period of weeks for the transaction to be recovered and settled.

“This pioneer initiative is a clear demonstration of how payment processes can be vastly improved through the implementation of emerging technologies. These improvements will benefit our clients’ transnationality,” head of digital transformation in investment banking at BBVA stated.

However, an ambiguous component of Ripple’s services is the necessity of intermediaries. In an email, Ripple representative told CryptoCoinsNews that Ripple executives believe “bank’s aren’t going away” and that “bitcoin is getting it wrong.” Yet, by growth, bitcoin has evidently appealed to a wider range of users, businesses and investors as it is valued at $23.7 billion at the time of reporting. Ripple’s market cap is below 10 percent of bitcoin’s.

The issue with banks developing their independent blockchain networks is the necessity of cooperation and collaboration. Hence, by relying on an existing blockchain network structured to serve financial institutions, banks can cut development costs.

Three advantages Ripple offers to its banks is speed, certainty and cost. By utilizing a decentralized blockchain in Ripple, banks can potentially see a reduction of billions of dollars in operating costs. Whether banks will remain with Ripple and work on the development of a cross-bank network or form their own blockchain network like JP Morgan is still difficult to speculate.