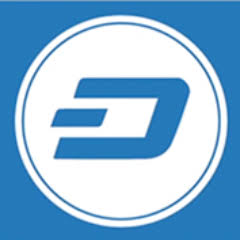 Dash, which soared from $77 million to $528 million in its market cap in the first quarter, continues to become more accessible to investors and consumers.

Crypto-Woo, a payments plug-in, has also integrated Dash, allowing users to pay for online purchases with Dash. E-commerce websites and companies can now deploy the Crypto-Woo plugin to accept Dash as a method of payment, alongside bitcoin, Dogecoin,
and Litecoin.

An Alternative In Venezuela

CryptoBuyer, a Venezuela-based crypto exchange, has begun selling Dash. In Venezuela, Dash becomes an alternative the Bolivar (VEF) currency, which has fallen in value. Venezuelans can use Dash and bitcoin to make remittances, transactions, top up cell phones, recharge debit cards away from traditional banks and the slumping national currency.

“One of the most important things we need to do to help cryptocurrency adoption grow is to give potential users a strong reason to overcome the technical hurdles and start using digital currencies everyday,” said Daniel Diaz, vice president of business development at Dash.

“Dash is an obvious addition to our payment options due to its scalability,” said Graham de Barra, BitCart CEO. “It is the superior cryptocurrency for payments over any other cryptocurrency. There is nothing more exciting for me than the decentralization of the global finance system, which is currently inefficient and riddled with fraud. Dash allows our merchant platform to completely eliminate the chance of chargebacks, and it opens up more options to anyone in the world.”

“Customers can be from anywhere in the world, but currently most users are predominantly from the USA and Asia. With bitcoin falling to 66% of the total market share, and Dash recently climbing to the fifth most valuable cryptocurrency, I have no doubt that our customer base will increase with this implementation,” de Barra said.

“This partnership marks Dash’s first direct integration to a service of this kind, granting the project more independence. Dash’s fast confirmations and cheap transactions ensure a superior user experience on BitCart using Dash because users don’t have to bridge through other networks and wait long times for confirmation.” Diaz said.

“Offering a 20% discount on Amazon purchases is a powerful incentive for new users to try Dash out, learn about it, and most importantly, start realizing its benefits,” Diaz said.

The cryptocurrency exchange Kraken recently announced the integration of Dash to its trading platform, with multiple pairs including fiat options in DASH/USD, DASH/EUR alongside DASH/BTC.

Dash, which has a supply limit of 22 million coins, has just over 7.23 million in circulation presently.

The open source protocol and project, described as a “fork of bitcoin” by Dash founder Evan Duffield is self-funded and self-governed.

While the major altcoins have altogether had a positive valuation trend in 2017, Dash has particularly witnessed a stellar year of significant gains supported by protocol upgrades. The positive outlook among traders began early this year, in anticipation of a sweeping software protocol upgrade.