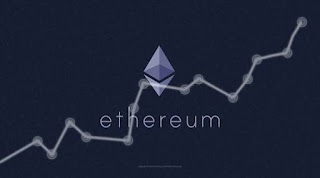 Ethereum has surpassed a $7 billion market cap, the same level as bitcoin’s market cap last year. The currency rose some 20% just last night, up from around $70 to a high of $85, reaching around 33% of bitcoin’s current market cap.

The rise in price is due to a number of factors. Firstly, South Korea seems to have fallen in love with the currency. Their three biggest exchanges handle twice the eth/fiat volume of Coinbase’s GDAX and Kraken combined.

No one really knows why they have shown so much interest, but the two main reasons may be gaming and robotics. South Korea is big into fantasy sports, an area where eth’s smart contracts can be used to make the game more transparent and reduce cheating.

They are also very advanced technologically, especially in robotics, which eth could blockchenize through smart contracts, allowing them to hold, transfer and accept value, thus adding a new dimension to what robots and other machines can do.

Another factor may be the current geopolitical tensions with North Korea. As uncertainty has increased eth may be appealing as a hedge in addition to other aspects just in case their fiat currency devalues if war does breakout.

Those are likely contributing factors, but the real fuel for eth’s rise is probably the raft of recent announcements, including Spotify’s acquisition of an eth based company. In addition, the token sales bonanza has created an entire ecosystem centered around eth, with the two top ten digital currencies being eth tokens.

That may mean attention is moving from bitcoin, which has plunged in market share from 95% to less than 60%, to ethereum and its wider ecosystem, not least because nothing seems to be currently happening in bitcoin except for the never ending scalability “debate.”

On that front, there has been little movement. Bitcoin Unlimited remains at around 40%, segregated witnesses (segwit) at around 35%, with few seeing how exactly this can be resolved or when.

Bitcoin’s price, however, is somehow going up with Bitfinex’s premium falling to $50 from $100. A good guess might be because of arbitrage, but, who knows, inertia could be another factor or maybe there is some yet to be announced news.

Overall, momentum is very much with eth. Their daily trading discussion thread has thousands of comments and more than one thousand upvotes, something never seen in this space. It has attracted many of the more active bitcoin supporters who now spend their time talking about eth.

That’s for many reasons, including the fact that it has a clear roadmap to unlimited scalability. But the main one is probably because eth brings to life the promises of codable money. Its market cap, therefore, has increased from $1 billion to $7 billion in just two months.