Adele took her US Vogue Interviewer on a Trip to Argos

By Morrison - February 12, 2016
What we love most about global singing sensation Adele – aside from those weepy power ballads and her potty mouth – is that despite colossal success and wealth, she hasn’t forgotten her roots. This month sees the Hellocrooner’s second ever US Vogue cover (her last appearance was in 2009), and the accompanying interview is a delight to read.

The Londoner opened up to Hamish Bowles, the publication’s European editor-at-large, a fellow Brit whose colourful, dandy style evokes a sort of bygone charm. The two go to upmarket food emporium Fortnum & Mason during the course of the interview – which is perfectly imaginable. But what’s really brilliant are the anecdotes of them visiting catalogue shop Argos.

Bowles describes the retailer as "far from a celebrity hangout”, (no kidding) but 27-year-old Adele is quite at home there. “I used to buy my jewelry from here,” she admits, as they look at a cabinet of trinkets,
and makes the most surprising admission of all: “I couldn’t wait to have a mum necklace.” 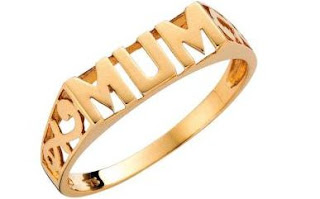 Adele and half of Tottenham, Brixton (London neighbourhoods where she grew up), Manchester, Newcastle... aspired to own tacky Elizabeth Duke pieces in the late 90s, and its refreshing that despite now being able to afford a case-full of Harry Winston diamonds, she doesn’t consider herself too fabulous for the wares of Argos. (As an aside however, she does admit that she is an “absolute germaphobe,” and winces at the touch screens used in store as opposed to the traditional catalogues, but puts it down to her throat surgery).

The interview also sees Adele reveal that her recent weight loss – in an attempt to improve stamina for her upcoming tour, she gave up alcohol – means she can buy off-the-peg clothes much more easily than before. “Now I fit into normal, off-the-shelf clothes” which means that she has acquired a new-found shopping habit.