NIGERIA IN 2016: A CHALLENGING YEAR AHEAD 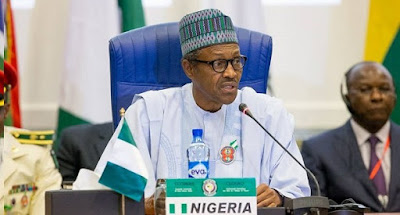 Economic slowdown in Europe and China, dropping prices of oil, mean shrinking of budgets in Nigeria.  This coincides with a year that will be the decisive test of Buhari’s administration. A much needed reform of the bureaucracy is required if he is to deliver on campaign promises to reduce corruption and diversify the economy.

While many nationalists support his refusal to devalue the naira, few are happy with the alternatives: stringent controls on foreign exchange and economic slowdown.

Buhari is also oil minister, and has expressed his determination to complete the first phase of reforms of the State-owned Nigerian National Petroleum Corporation by March.  However, there are a number of political figures who could create problems for the President in the passage of these reforms.

The administration is facing a revival of the political unrest over oil revenues in the Niger Delta.  With the extension of the Amnesty Program, an opportunity presents itself for the meaningful reintegration of Delta militants and the ending of stipend payments. However, in the past week, militants in Delta State attacked oil and gas pipelines of Chevron Nigeria Limited (CNL) costing the economy billions of Naira, a sign of the difficulties ahead.

Despite 2016 looking to be dominated by economic and security issues, the impetus of COP 21 has focused attention on global carbon emissions, and will be looking to Africa’s largest oil producer to contribute to these efforts. Nigeria is the world’s second largest flarer of natural gas, coming second only to Russia.  In other countries this gas is collected and used to generate power.  Harnessing this gas to fuel a domestic power supply would be an important step for Nigeria, both reducing emissions and improving access to energy.

With growing global commitment to the advancement of women’s rights, there are also hopes that Nigeria will move closer to gender equality in 2016.  However, last year’s elections highlighted that Nigeria remains a patriarchal state, despite its National Gender Policy that commits the country to an Affirmative Action quota of 35% for women in public office.  After the National Assembly elections, just 8 women out of 109 made it to the Senate (7.3%), while 14 won seats in the 360-member House of Representatives, accounting for just 4%. Partnership between civil society, the private and public sectors are needed to reinforce the role of women in society in order for them to penetrate the men’s world.

So with a year of uncertainty ahead, a longer term challenge will be the PDP’s ability to claw back some of its support outside of its heartland in the Niger Delta.