WHAT HAS CHANGED IN THE LAST 20 YEARS? THE UNCOMFORTABLE TRUTH ABOUT OIL SPILL CLEAN-UP 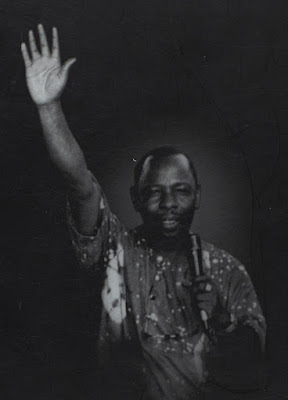 As people remember the execution of Ken Saro-Wiwa and the 8 other Ogoni leaders 20 years ago, SDN’s latest report exposes some startling truths about oil spill cleanup in Nigeria and the devastating environmental legacy this leaves.
Ogoniland and Ken Saro-Wiwa were both made household names after the killing of 9 Ogoni writers, activists and community leaders in 1995 following their outspoken protests against a polluting oil industry and a state that backed up the international oil business with violence and intimidation.

So what has changed in the last 20 years?

The United Nations Environment Programme report into oil pollution in Ogoniland in 2011 painted a picture of an area heavily polluted by oil that requires widespread environmental remediation following countless oil spills. Amnesty International’s latest report claims that 4 oil spill sites that have been claimed to be cleaned up by the oil giant Shell are still visibly polluted and that efforts to clean up oil spills appear to be largely cursory and ineffective.

SDN’s latest report on oil spills in Ogoniland and across the Niger Delta shows that although a majority of oil spills are responded to initially that scant attention is paid by oil companies or regulators to the effects of oil spills on populations or the environment. It also shows that oil spill cleanup is rarely monitored and in a majority of cases there is no evidence to show that it is happening at all.

Some of the shocking statistics available include:

Although oil companies like Shell and the Italian oil company ENI usually do attend to oil spills within days, they appear to be primarily concerned with appointing blame and fixing the infrastructure. The statistics available appear to show an almost complete lack of focus on carrying out effective cleanup and environmental remediation or monitoring it’s progress.

SDN’s researchers have also found that the oil spill cleanup industry in Nigeria is riddled with corruption and malpractice leading to completely ineffective environmental response to oil spills. The oil companies seem content with farming out cleanup and remediation contracts to local companies who are then left to their own devices with little or no oversight or monitoring as to their effectiveness. Our research has shown that cleanup contractors in the Niger Delta regularly create work for themselves through pipeline sabotage creating a perverse financial incentive to spill oil in order to reap the rewards of oil company cleanup contracts.

Complaints are usually made and fingers pointed at the Nigerian Government oil spill regulator NOSDRA but their hands are tied by lack of funds, equipment and general capacity. Nigeria’s environmental regulators have no real powers to control the interests of the oil companies that provide upwards of 70% of Nigerian Government revenues.

It may be the Government regulators who are supposed to monitor oil spill cleanup but in the eyes of local people, international observers, and of the law, there is no doubt who is ultimately responsible for cleaning up the heavy oil pollution in Ogoniland and across the Niger Delta – It is the companies whose infrastructure has been compromised for decades through poor security, corrosion, mismanagement and ill thought-out approaches to community engagement.

The struggle of Ken Saro-Wiwa against environmental degradation of his homeland may be much more complex than in was in 1995 with military supported oil theft, regulatory incapacity, corruption and dodgy cleanup operators.  However one thing can be sure: it is the legal responsibility of the oil companies themselves to clean up the environment of any oil pollution coming from their operational infrastructure, regardless of the cause of that oil spill.