Bitcoin in Africa: Insights from the Continent’s Biggest Bitcoin Exchange 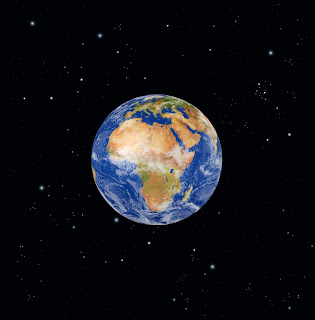 Isn’t it absurd that nearly 326 million people representing 80% of the adult population in Africa do not have access to bank accounts? This wretched situation denies countless of people financial freedom in the so-called dark continent. Bureaucratic tenors and economic exclusion inter alia have paved the way for the current phenomenon.

Last year a study of 10 African nations with unusual inflationary ratio had South Sudan registering an unimaginable inflation rate of 295 percent. Egypt had the slightest with 12.30 percent. African governments continue to plunder the riches of the African people through Inflation. This makes it considerably insurmountable for individuals to conserve their resources.

Moreover, public sector borrowing has crowded out the efficient private sector that can put credit to good use. The IMF estimates that averagely credit to the private sector is estimated at 30 percent of GDP in Sub-Sahara Africa.

CCN spoke to Werner van Rooyen, Head of Business Development and Growth at Luno, the biggest Bitcoin exchange in Africa about how Bitcoin and cryptocurrencies are naturally poised to offer Africans financial inclusion.

CCN: Has Bitcoin anything to offer Africa?

Werner van Rooyen: Absolutely. There is a huge potential for Bitcoin in Africa. Many Africans could move straight to a cryptocurrency, like Bitcoin, or a bank of the future, such as Luno. Much of the existing financial infrastructure is inefficient: banks and branches are expensive, currency transfers can often be expensive and slow and most of the developing world is still unbanked.

There is the potential for Africans to leapfrog some of the existing financial services, in the same way, that many Africans skipped the part of owning a cumbersome and expensive land line and went straight to owning a mobile phone.

CCN: Most African currencies are reeking of inflation, does this make Bitcoin attractive as a store of value to Africans?

WvR: Bitcoin has proven to be the best-performing currency in the world in 2016. I believe more investors in high-inflation countries are looking at alternative asset classes, things like gold or Bitcoin.

Bitcoin has been found to be largely uncorrelated to other asset classes. With most asset classes, there is a correlation (or inverse correlation), like when a country’s stock market goes down, the currency’s exchange rate usually also follows, same for the housing market. Bitcoin is largely uncorrelated, meaning it is becoming an attractive alternative to many investors.

CCN: What do you make of some African governments tagging Bitcoin as a tool for terrorism and money laundering?

I think this is mostly fueled by incorrect data, click-driven media hype and lack of understanding about Bitcoin. Firstly, I should say that the biggest facilitator of organised crime, including money laundering and terror financing, is cold hard cash.

Many other modern inventions, such as the Internet, Twitter, cars and cellphones, are currently being used to facilitate crime. It doesn’t mean that we should shut these technological advances down (I doubt anyone is seriously proposing it), but rather that the good that comes with it outweighs the bad.

Lastly, there is very little proof that Bitcoin is currently being used for these nefarious purposes. Remember: Bitcoin is only pseudo-anonymous: all Bitcoin transactions ever conducted are recorded in the Blockchain.

Studies by the UK government looking into the best channels for laundering money has consistently found the risk of Bitcoin being used as very low.

CCN: Adoption in Africa is irritatingly slow. How do we push penetration?

WvR: Education and user experience. At Luno, we’re doing a lot to tackle this. Our aim is to make Luno the easiest place to buy, sell and learn about Bitcoin. Something which is no trivial task, but we’re seeing fantastic growth in Africa, especially for our mobile wallet. We’ve also created a Learning Portal to help new people with some basic concepts about Bitcoin.

CCN: Do you think Africans will finally embrace Bitcoin?

WvR: I don’t think they will, I think they already have! We are seeing fantastic adoption in places like South Africa and Nigeria and I’m sure it will ripple to other African nations too.

CCN: What makes Bitcoin expensive in Africa than elsewhere?

WvR: Bitcoin is a very liquid instrument: it’s easy to move around the world. This, in theory, means that it can and will trade at roughly the same exchange rate, wherever it is available.

Obviously, there are many factors at play, but since the price is determined by supply and demand, it means that in some places where the demand is low, it may trade at a lower price (and vice versa).

Another issue is connectivity: to transact in Bitcoin, you need an Internet connection and ideally a smartphone. Many places are still underserved by the telcos, but this is changing fast. The price of smartphones is also continuously getting cheaper.

CCN: Could you paint a picture of the future of Bitcoin in Africa?

WvR: It’s really too soon to tell, but what we’re seeing already today is really fantastic and I believe Bitcoin has a lot of potential in emerging markets in Africa and abroad.