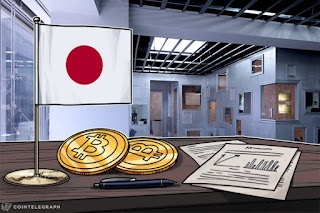 Bitcoin price surpassed $1,130 on most global Bitcoin exchanges including Bitfinex and Bitstamp earlier yesterday as a result of the Japanese government’s recognition of Bitcoin as a legal payment method under its new set of regulatory frameworks.

On April 1, a Bitcoin legalization bill drafted and proposed by the Japanese Financial System Council (FSC) was taken into full effect. According to The Japan Times, the bill was proposed in December of 2015 with the intent of preventing unregulated Bitcoin exchanges like Mt. Gox from mishandling user funds and operating with weak Know Your Customer (KYC) and Anti-Money Laundering (AML) systems.

In 2015, the FSC noted that the proposed bill would require Bitcoin exchanges and service providers to be approved by the country’s largest financial regulator the Financial Services Agency before offering services to the public. The approval process entails an extensive overview of KYC and AML systems.

Since then, the FSC has been collaborating with the Financial Service Agency and other lawmakers to draft appropriate and practical regulatory frameworks for Bitcoin exchanges and companies in order to recognize Bitcoin as a legal payment method within the country. On April 1, the bill was activated and Japan officially recognized Bitcoin as a legal tender.

Almost immediately after the bill was taken into full effect, Bitcoin price began to surge. More importantly, the activation of the bill meant that consumption tax for Bitcoin trading will be exempted starting July of 2017. The official legalization of Bitcoin and the exemption of tax for traders led to the surge of price in the Japanese market and the global Bitcoin exchange market.

Bitcoin price in most major Bitcoin exchanges including Bitfinex surpassed the $1,133 mark earlier today, helping Bitcoin price to recover from a week-long decline resulting from the unresolved scalability issues of Bitcoin.

With positive regulatory approach coming from Bitcoin’s largest exchange market and Segregated Witness (SegWit) activation nearing as the 95 percent activation threshold is close to being met, Bitcoin price is expected to increase by large margins in the mid-term.

The likelihood of SegWit being activated on Litecoin allowed the digital currency to surge substantially in terms of market cap. Analysts expect to see a similar trend in Bitcoin in the upcoming weeks.