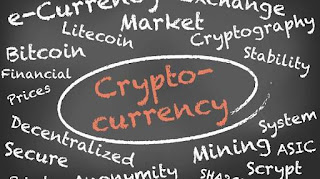 An industry group of Indian bitcoin and blockchain-startups have sought an audience with the government as the latter looks to plausibly outline a regulatory framework for the innovation.

The Indian government established a cryptocurrency ‘committee’ last week, one comprising of a number of officials from Indian ministries alongside representatives from the country’s central bank to research the framework surrounding digital currencies. The committee was notably co-established by the Ministry of Finance, India’s tax authority.

Pertinently, the committee is tasked toward looking into suggesting measures to curb money laundering practices involving bitcoin amid wider research about the regulatory status and growth of digital currencies around the world.  The committee’s establishment could be the first move leading to a wider legislative effort for the first time by the Indian government which has, so far, turned a cold shoulder toward bitcoin and the local crypto industry.

To aid the governmental committee in its effort, a working group of India’s bitcoin startups has stated its intent to partake in those discussions. Established in February this year, the Digital Asset and Blockchain Foundation of India (DABFI), launched as a self-regulatory body and watchdog in the absence of official regulations. The founding members include bitcoin wallet Zebpay, wallet and exchange platforms Unocoin and Coinsecure and crypto-rewarding search engine SearchTrade.

Working with regulators toward an industry framework is among the primary objectives of the group since its founding. To this end, the DABFI released a statement, requesting an audience with the governmental committee.

We request the committee to give us an opportunity to meet them and showcase the benefits of this technology for our country. Financial inclusion, cheaper cross-border remittance, full trace and track on the movement of value on the blockchain network, and the potential for India to become a financial hub are key benefits that can be derived using virtual currencies.

Despite recent reports falsely claiming that bitcoin was banned in India, the call for regulation of the local bitcoin industry heard among the walls of the Indian Parliament is gaining prominence. The committee is expected to deliver a report on its findings in three months from now.

The official stance by Indian authorities toward bitcoin was first communicated through a warning by the central bank in 2013, cautioning users against the use of virtual currencies. That warning was repeated in February this year, ultimately leading to the bitcoin industry establish its own self-regulatory body in the DABFI.