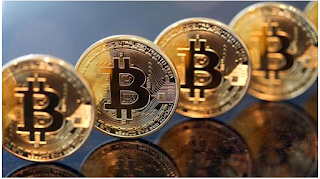 China, India and Russia increasingly look to become the major influencers in Bitcoin prices in the coming years.

In the midst of Japan’s decision to allow cryptocurrency as legal tender in a fully-regulated environment, Bitcoin is again breaking the $1,200 price point.

However, traditional Bitcoin powerhouse China is ready to stage a comeback, while India and Russia’s emerging demand and hopeful regulatory future are already unleashing huge potential.

While the legal situation regarding crypto exchange in China is still uneven, with business expansion
countered by user complaints of funds freezing from above, the classic Bitcoin mecca is progressing, having spent several months in judicial limbo.

Commenting on the People’s Bank of China’s desire to create its own digital currency, analysts ExchangeRates wrote Tuesday that even its existence would “revolutionize the cryptocurrency universe and skyrocket its popularity and acceptability worldwide.”

“China is a major importer and exporter of goods and services. A digital Renminbi can be a gateway for China to internationalize its currency, and offer it as a substitute to the US dollar,” it added.

In terms of legislation, the Indian environment is on the surface even less certain than China’s.

Contradictory noises from government officials over cryptocurrency’s safety and even legality have been matched by the fledgling crypto startup sector, which has formally stated its belief that Bitcoin is legal in the country.

Nonetheless, looking forward, the vast potential of an underbanked, mobile-reliant populace suffering under five months of cash reforms means India is gearing up to find a reliable alternative for everyday wealth control.

Meanwhile, Russia’s increasingly soft stance on Bitcoin may see it legalized in 2018, subject to transaction monitoring in forms yet to be understood.