What the Father of Venture Capital Can Teach Us About Blockchain 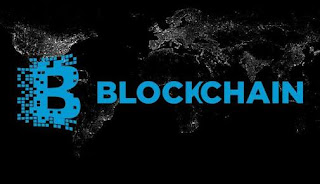 William Mougayar is the author of "The Business Blockchain" and a board advisor to, and investor in, various blockchain projects and startups (See: Disclosures).

In this opinion piece, Mougayar discusses the early days of venture capital, drawing parallels and comparisons to the state of cryptocurrency and token-based investing taking shape today.

Investor Fred Wilson posted the other day about General Georges Doriot, giving us a timely reminder of his work as the 'father of modern venture capital'.

The post inspired me to revisit Doriot's story as told in the book "Creative Capital: Georges Doriot and the Birth of Venture Capital", published in 2008 and written by Spencer Ante.

In doing so, I was struck by the similarities between what happened in the 1940s and what is happening now with cryptocurrency, specifically how these early venture capitalists were pushed to break the regulatory mold in order to allow something new to flourish.

"The idea of venture capital was so new that the founders of ARDC were forced to reengineer aspects of various financial regulatory structures in order to make it viable. Before ARDC could offer its stock, for instance, it had to obtain a number of exemptions under the Investment Company Act of 1940 from the Securities and Exchange Commission."

What's startling about this sentence is that it is almost exactly where we are with cryptocurrency tokens and funds.

Today, the industry is begging for a rewrite and a reengineering of the financial regulatory structures of yesteryear, giving hope to the current array of activities that have developed around cryptocurrencies

If that sounds far-fetched, remember that stocks were once considered a new asset class.

It is also worthy to note that the alternative asset classes have varying degrees of compliance requirements: from being regulated to non-regulated.

Should regulators stop scratching their heads and treat cryptocurrencies simply as a new alternative asset class, we'll be done with the debate.

There is a precedent to that evolution, citing Doriot's work.

Most regulators have been waiting and watching the industry. Their wait has been useful, and will be vindicated because we are starting to see progress.

Crowdfunding via cryptocurrencies, I believe, is a viable practice. A lot of good ideas and innovative companies are coming out of these ventures, and while we may not readily see it, this segment is creating thousands of jobs and companies all over the world.

Cryptocurrency fund management is also gaining steam, even though today it looks like a fringe activity or strange beast that has characteristics so unique they can’t be described in the current legal lexicon.

The main point, however, is that cryptocurrencies and are not just for money launderers and scammers.

They are for entrepreneurs, technologists, change-the-world dreamers and anyone who believes they can (and will) enable new business models, new types of organizations and new ways to service consumers and businesses alike.

Sound familiar? The prose dedicated to early VC firms will ring a bell.

"ARDC may have been launched in 1946, but it took close to 20 years before the investment community bought into the whole the 'venture capital' thing. It really took one big success for investors to take the venture capital business model seriously, which for ARD came in the form of its investment in Digital Equipment Corporation. In 1957, ARD invested $70,000 into Digital Equipment Corp for a 70% ownership stake. By 1967 the position was worth $200 million or 2,800x its original investment."

Hopefully, crypto will not take 20 years before the investment community buys into that concept wholeheartedly.

These groups should note, it has already seen big successes. Bitcoin, ethereum and many other crypto projects have generated financial returns for their early investors, while creating a new economy – the blockchain economy.

Just as Georges Doriot was credited for seeing that capital needed to get 'creative' to birth venture capital, we need to be creative today, in order to birth 'crypto capital'. The difference now is we have a roadmap to replicate.

This topic will be discussed in greater depth and with a variety of experts we have assembled from around the world, at the upcoming Token Summitin New York, on 25th May.