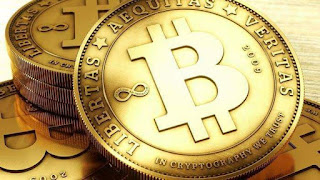 A number of Japanese banks are reportedly set to test domestic fund transfers using digital currencies over a blockchain as a low-cost alternative to traditional money transfers.

According to a Thursday report by Nikkei, Japan’s most prominent financial publication, a handful of major Japanese banks will perform tests to determine if a digital currency powered blockchain platform could prove a viable alternative for the current national payments clearing platform ‘Zengin’. Operated by the Japanese Bankers Association, the Zengin System powers domestic money transfers in Japan. The restrictive traditional system typically offers money transfers between 8:30 AM and 3:30 PM in the country.

The banks are a part of a consortium of Japanese banks led by SBI Holdings and SBI Ripple Asia, ]]][which sees over 50 members its payments consortium. However, the report reveals that only a handful of banks are participating in the test using virtual currencies, of which Ripple’s XRP is a contender.

The Mizuho Financial Group, one of Japan’s three ‘megabanks’; Resona Bank, which belongs to the fifth-largest banking group in Japan and; the Bank of Yokohama, the largest regional bank in Japan, are some of the banks revealed to be taking part in the test.

Domestic Money Transfers over a Blockchain

Fundamentally, the test will help the banks determine if a digital currency-based blockchain platform would enable real-time, 24×7 domestic funds transfers at lowered costs for banks. Ripple’s XRP digital currency token could be utilized, with its claim to handle transactions up to 200x compared to that of the bitcoin blockchain.

The report also suggests that fund transfers over a digital currency-based blockchain would cost a tenth of the costs incurred by banks using the traditional Zengin system. The benefits of instant money transfers and transparency will also prove friendly to banks’ users if deployed commercially.

Aside from using Ripple, the banking group is also considering the possibility of creating a new virtual currency used exclusively by the participating financial institutions for the test. Few other details are known.

The report further reveals that the group is considering the digital currency-based blockchain platform for international fund transfers, to compete with Swift at significantly lowered costs. The threat of financial technology disruption has pushed Swift to unveil its own blockchain-based platform, powered by the Hyperledger Fabric, a solution developed by the Linux Foundaiton-led open-source blockchain consortium.

Meanwhile, the Japanese Bankers Association, which represents and works on behalf of all domestic and foreign banks, bank holding companies and bankers’ associations with a presence in Japan, has already unveiled plans to test its own blockchain for domestic money transfers.

Recent developments in the bitcoin space, where the cryptocurrency is now officially recognized as a legal method of payment since the turn of April, has spurred Japan to become one of the first countries in the world toward a sweeping adoption of bitcoin and blockchain technology. Up to 260,000 Japanese storefrontscould soon be accepting bitcoin by this summer while Japan’s domestic payments system could soon be powered by blockchain technology using digital currencies.